The yard was constructed by the Southern Pacific and opened in the early 1960s, replacing the original SP yard downtown. Now Union Pacific property, the yard has been significantly less busy over the past two decades. 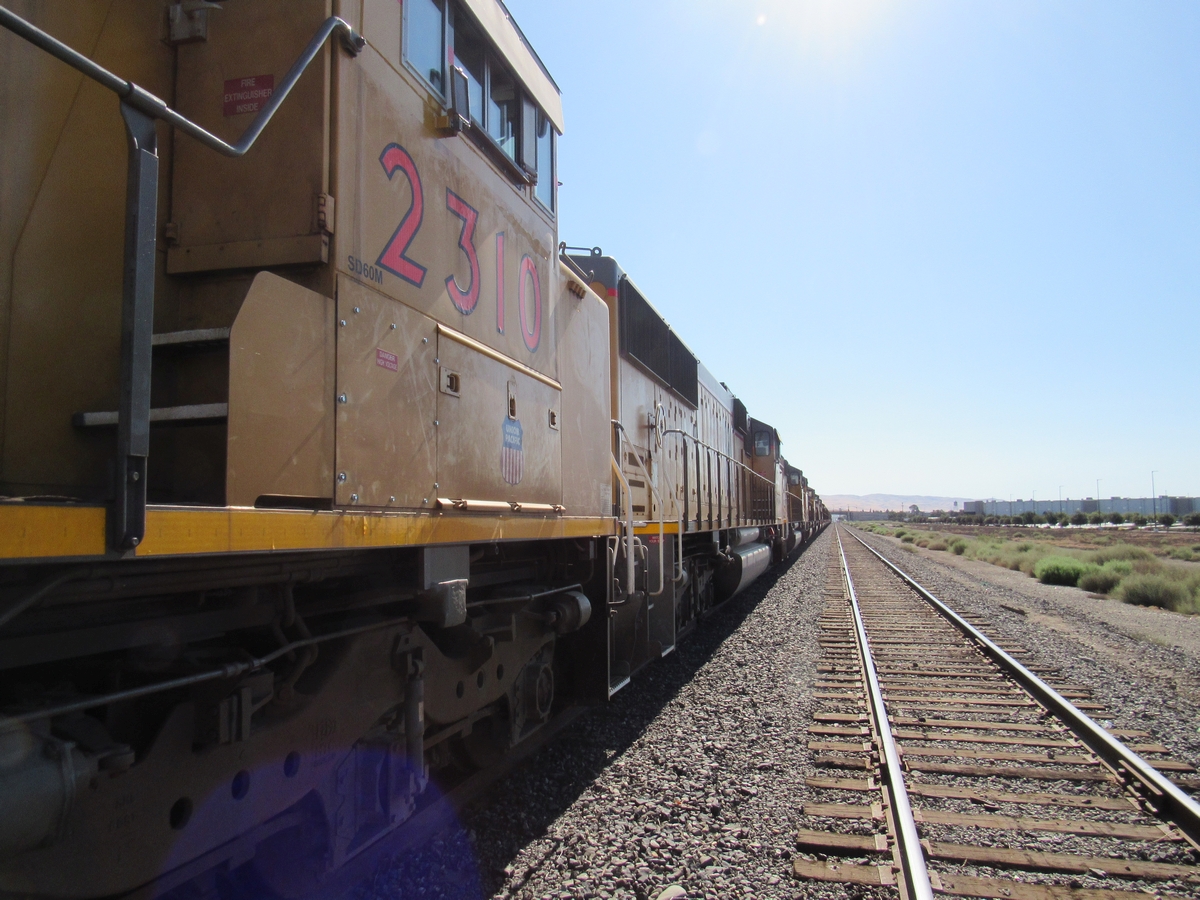 The “mothball fleet,” which had previously been stored at the UP’s Stockton yard, comprises an impressive single-file line of engines in the railroad’s signature Armour Yellow paint visible at the stub end of Chrisman Road behind the various warehouses a few blocks off of Grant Line Road. Though partially obscured by parked freight cars, the locomotives can also be seen along Brichetto Road near Banta Road.

By most estimates, the stored units are not run of the mill outmoded “antiques” awaiting the scrapper’s torch. Many of the SD60M engines spotted in the yard date from around 1990, while the SD70M units in storage here were delivered to the Union Pacific in the early 2000s, according to a roster published by Trains magazine.

The locomotives arrived over the final weeks of August in a couple of moves from Stockton and will be held here indefinitely, pending an upturn in the railroad-related economy. 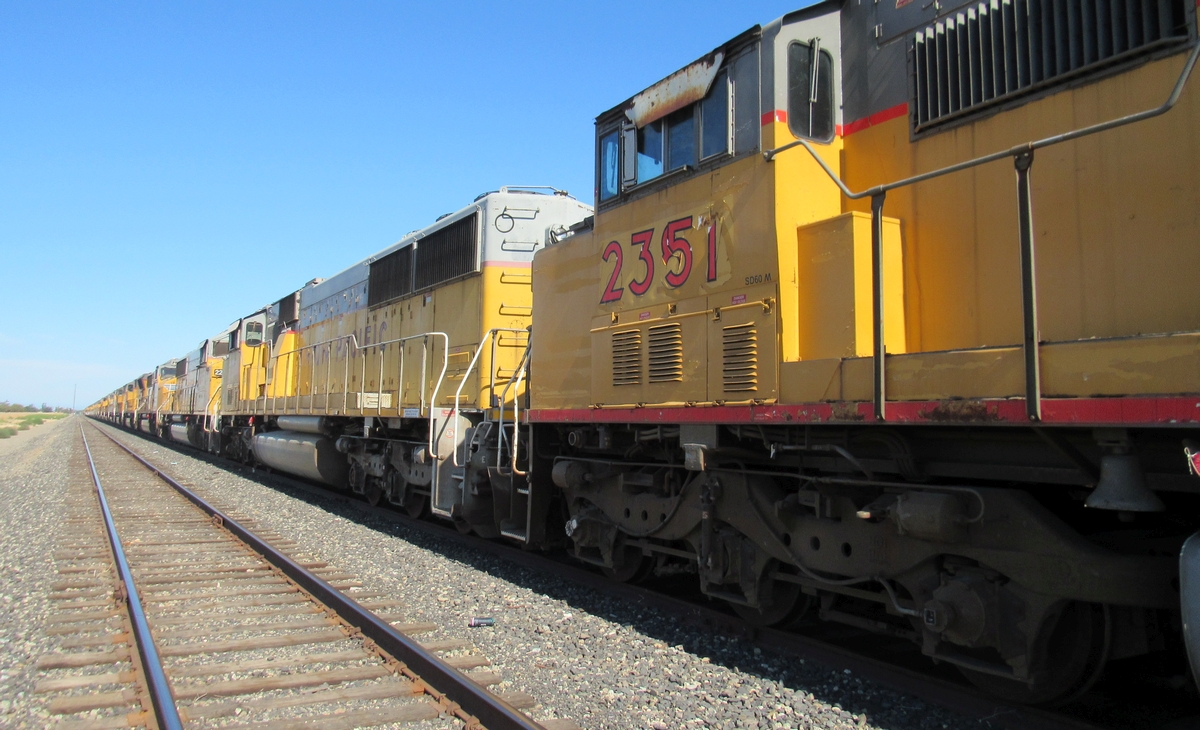 We have also heard from various sources that the Union Pacific will no longer have locomotives assigned to active duty at the railroad’s Tracy yard office at the end of Sixth Street near MacArthur. Any freight moves in Tracy will reportedly be dispatched out of Stockton or Roseville.

(The California Northern Railroad, which leases the UP’s Westside Line down the San Joaquin Valley south from Tracy – its tracks mostly follow alongside Highway 33 – continues to park a locomotive tandem adjacent to the UP yard office for its weekday runs to their produce and agrichemical customers up and down the Valley.)

Stored Union Pacific locomotives in the east end of the Tracy yard, near Banta and Brichetto Roads, on August 27, 2019

– Photos and text by David Jackson.