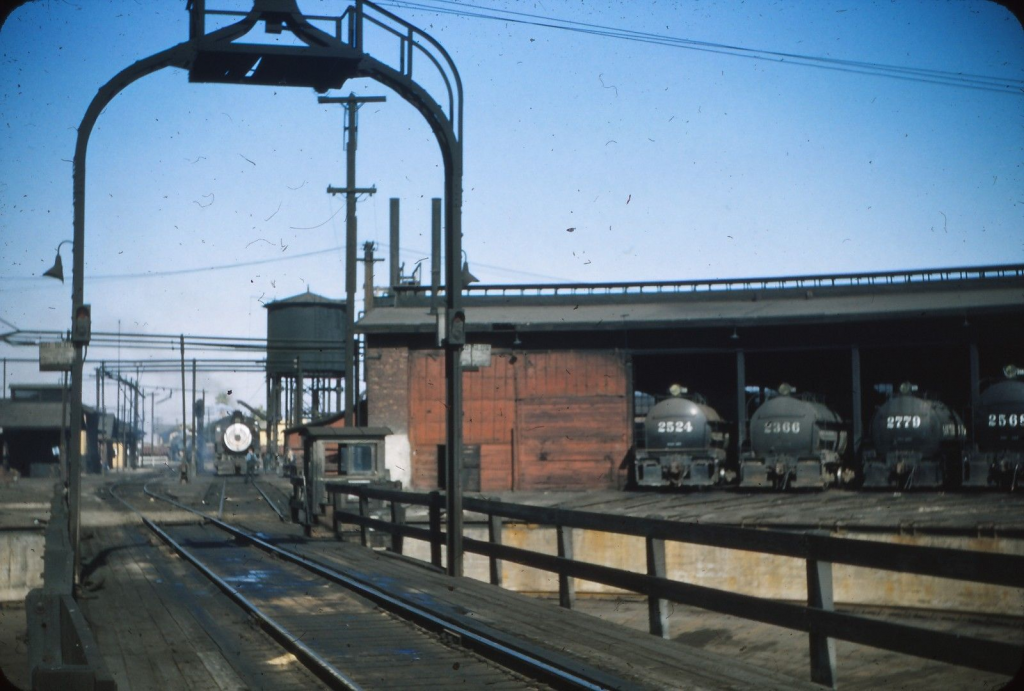 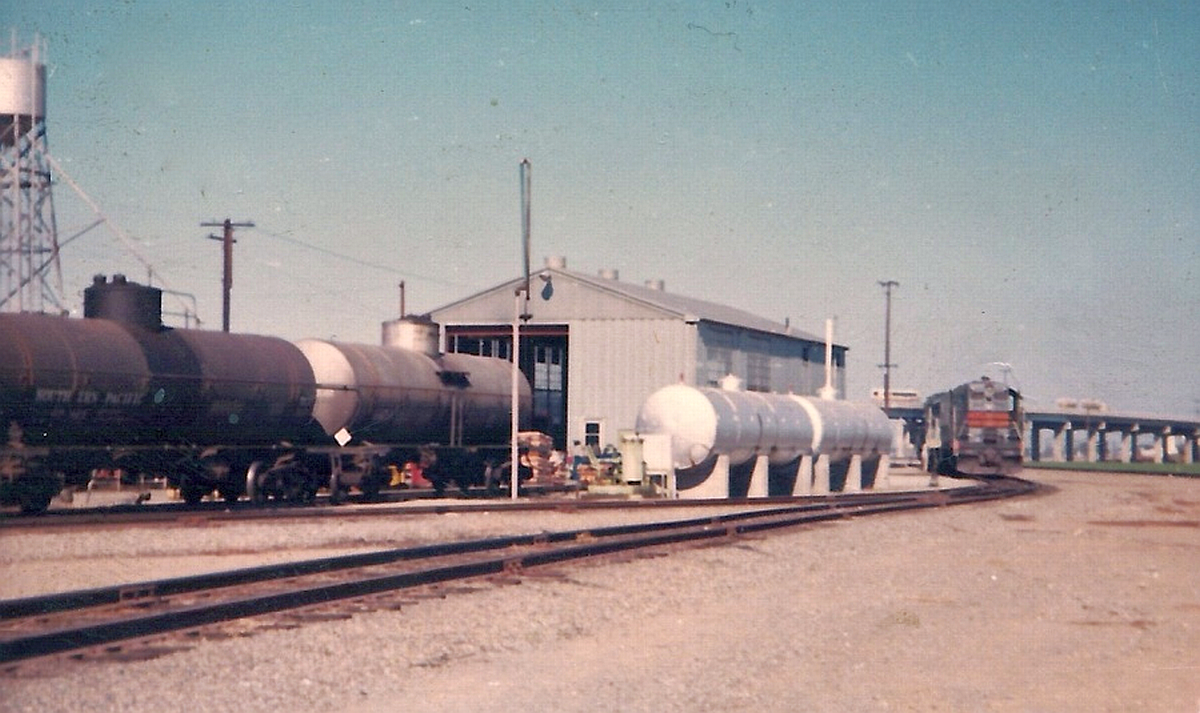 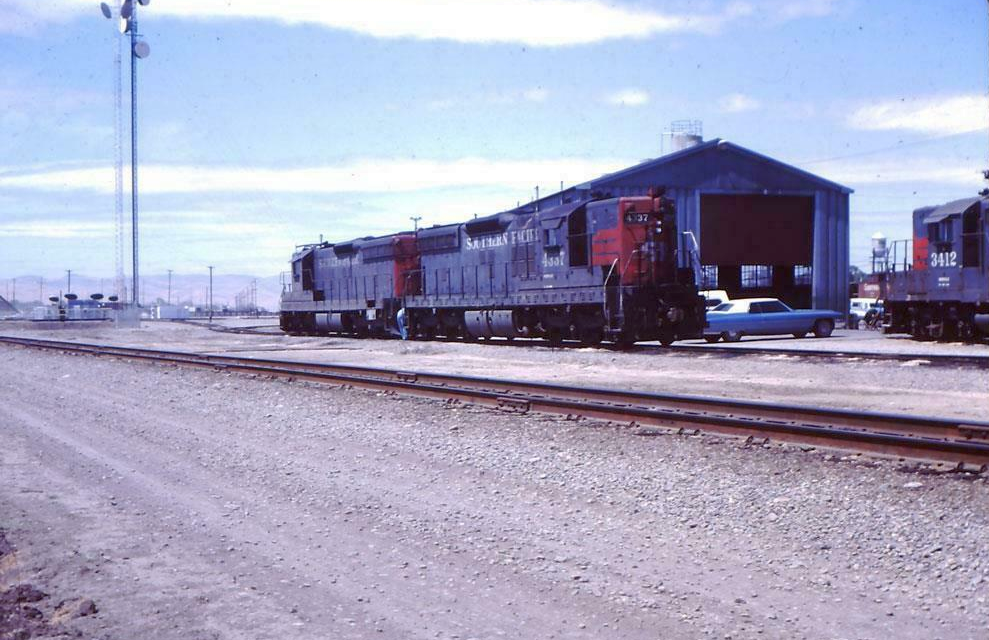 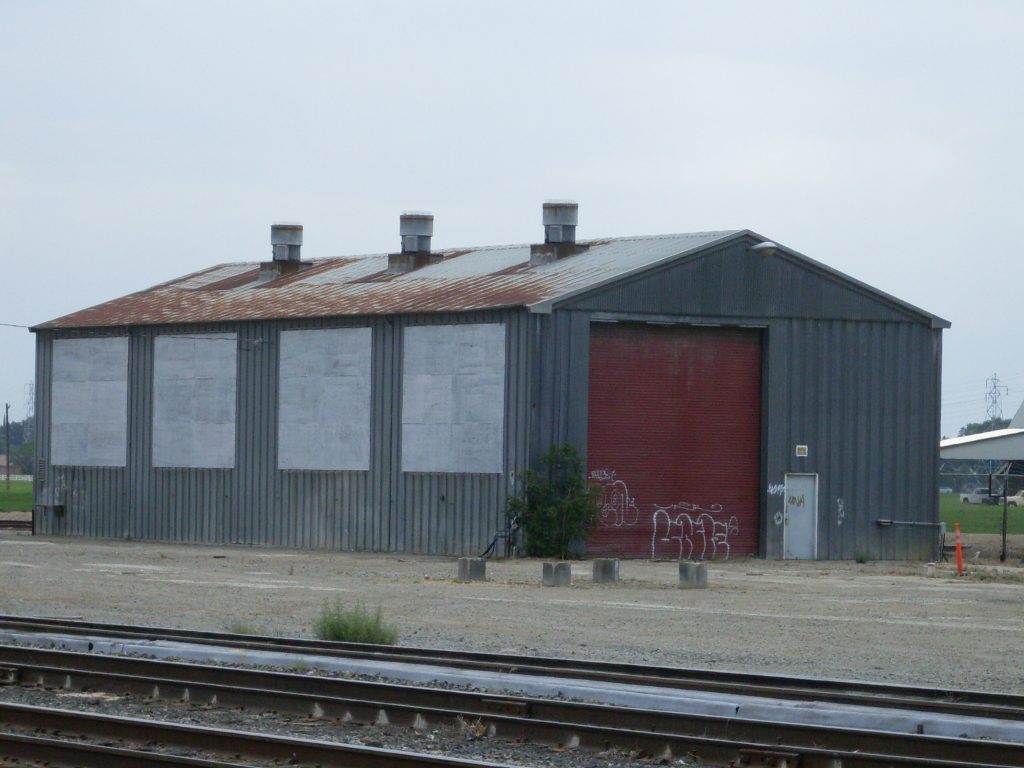 On the chilly morning of December 23, 2017 – Christmas Eve eve – a brace of Union Pacific (left and center tracks) and California Northern (on the right track) locomotives slumber between the UP’s 6th Street yard office and the old diesel shed, while construction cranes loom over the newly-built 11th Street overpass.
(David Jackson photo) 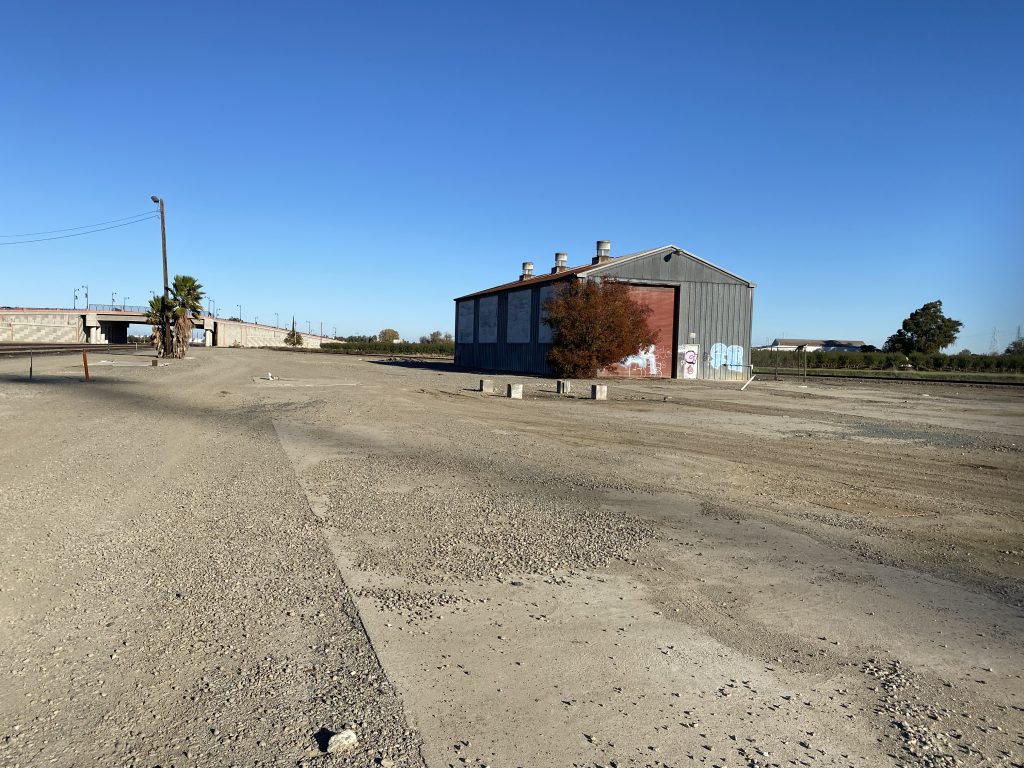