The original right-of-way leading into Tracy from the Bay Area via the Altamont Pass was built back in 1873 by the Central Pacific as part of the Transcontinental Railroad linking California with the East Coast.

Trains traveled in and out of Tracy from the railyards near downtown, along old Schulte Road through the original site of the Ellis coaling station, then curving up toward the foothills to Midway and Cayley, then on to the summit at Altamont. 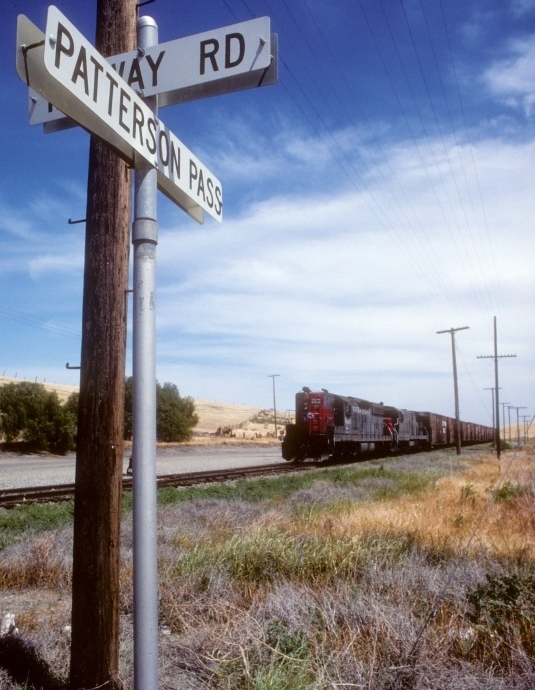 A “training train,” staffed by members of Southern Pacific management being taught to operate equipment in the event of a strike, rumbles along Patterson Pass Road near Midway on the way to Altamont on May 5, 1985, in this classic photograph by Ken Ratenne. The strike never happened, the SP was soon swallowed up by the Union Pacific (which had also earlier swallowed the Western Pacific), and the line was soon abandoned and removed, making this the last “train” to venture out this far on the old, original Transcontinental Railroad.

Today, the old, original right-of-way – with the rails largely intact – remains in place all the way from downtown Tracy to the intersection of Patterson Pass Road and Midway Road, a few miles past I-580 at the borderline separating Alameda and San Joaquin counties.

Beyond that, the old roadbed, shorn of rails and ties on the Alameda County side, can be traced up through Cayley to the abandoned S.P. tunnel through the Altamont Hills, then as it winds alongside the former Western Pacific tracks (now the mainline for the Union Pacific and ACE commuter trains) into the venerable town of Altamont — once a key stop, where helper engines joined in to assist heavy trains over the summit, as well as a stop for vehicular traffic on the historic Lincoln Highway.

FEATURE PHOTO (top): The historic SP right-of-way comes to an abrupt and ignoble end along Patterson Pass Road at Midway.

Images of how the old right-of-way looked in the Spring of 2011 appear below. 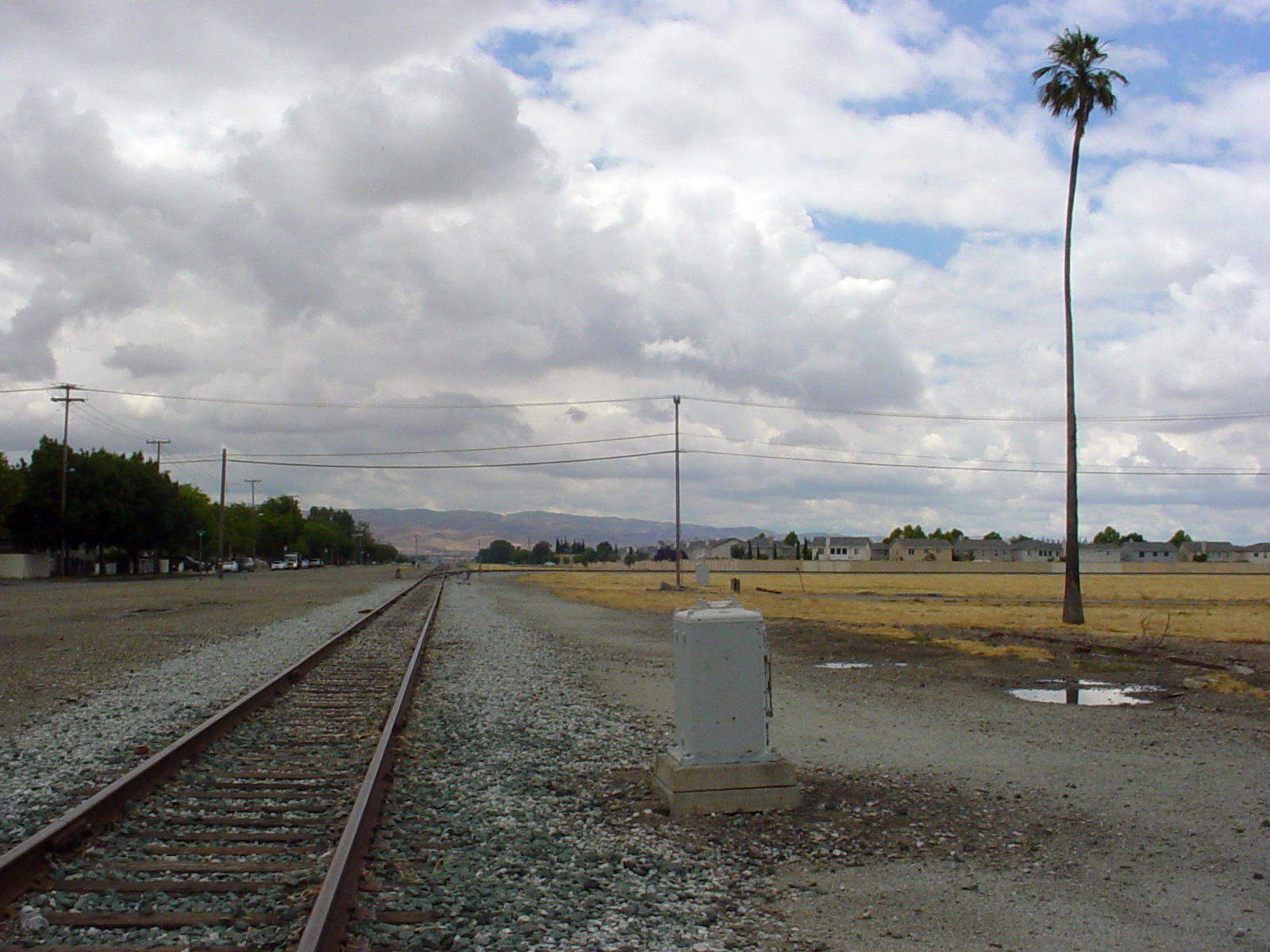 ABOVE: Standing on the former Southern Pacific Railroad  right-of-way near where Central Avenue crosses the tracks. This is the old, original mainline heading west toward Midway, Altamont, then over the hills to Livermore, Pleasanton and the Bay Area via Niles. 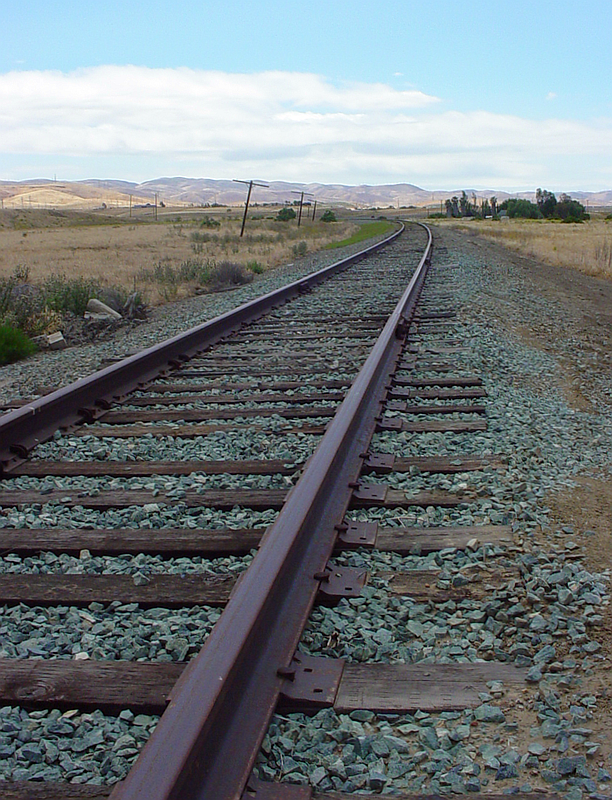 ABOVE: Heading “railroad west” along old Schulte Road, past the original Ellis town site, the rails cross Corral Hollow Road, then take a long, lazy curve toward the foothills after having run in nearly a straight line since leaving downtown Tracy. 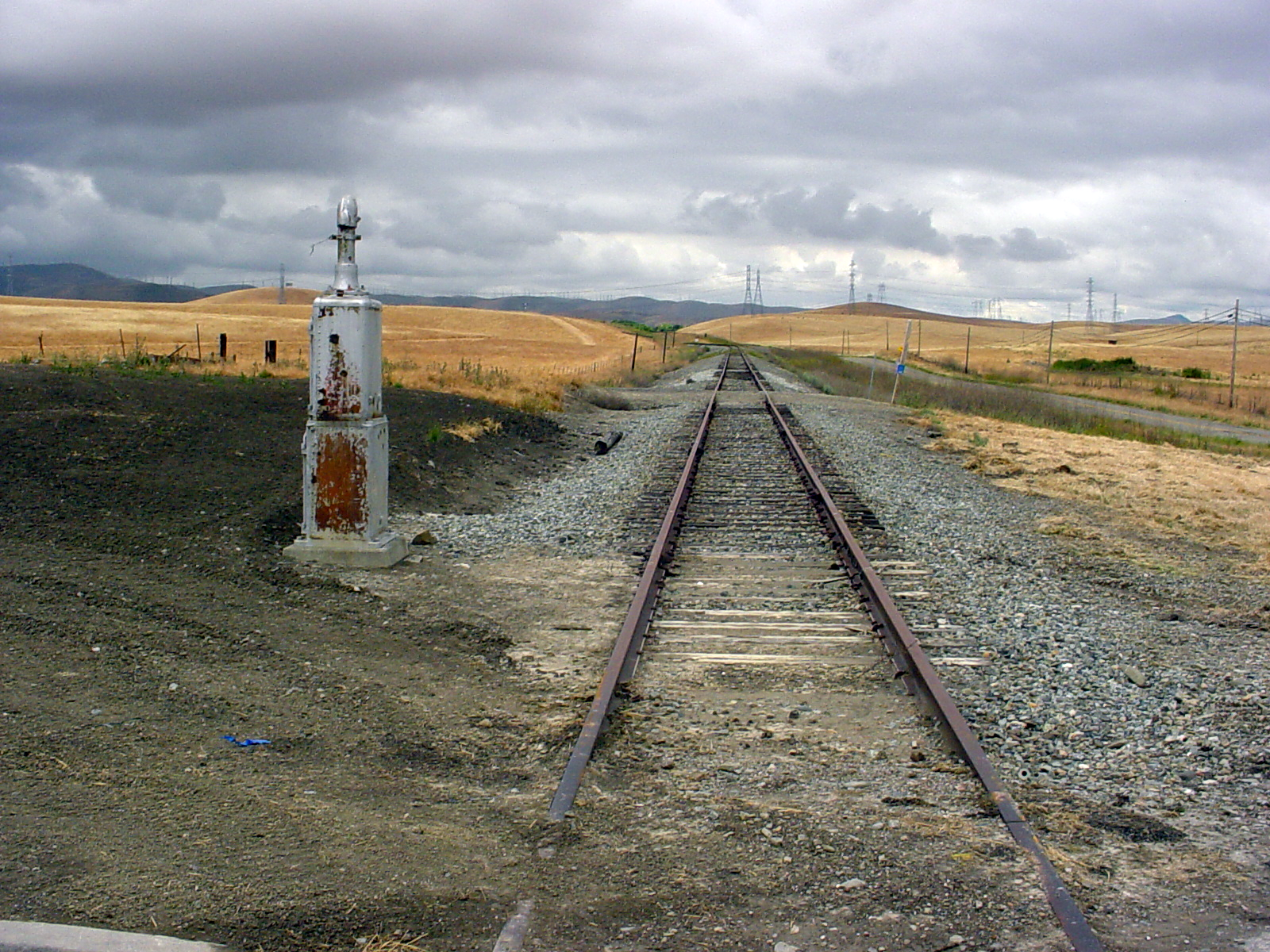 ABOVE: The final stretch, alongside Patterson Pass Road (at right in the photo) and the last curve and slight climb to the grade crossing at Midway.