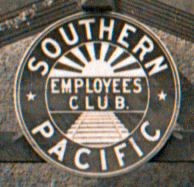 The photo is credited to L.J. Westlake, who apparently took several other photos of notable structures around downtown Tracy that were used in photos. This one contains an error in the credit line, with “Employees” misspelled as “Employies”:

The distinctive structure remained in place until the early 1960s, when it — and most of the other structures around it, including the adjacent passenger depot and yard tower — were brought down.

The spot where the clubhouse once stood is currently vacant. It can be found near the paved but no longer used remains of C Street, which once crossed the SP tracks between 6th Street (on the downtown side) and 4th Street (on the residential side).

Here’s how it looks now:

Barely visible on the porch (at left in the photo) are two fellows relaxing between shifts on the SP: 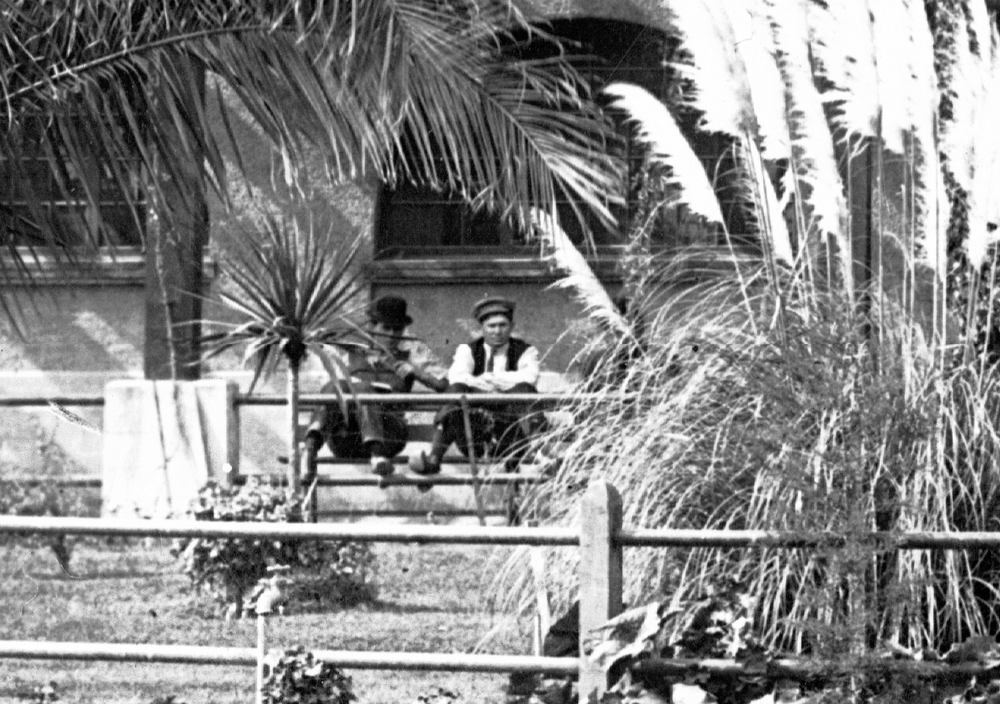 Below: what is believed to be an even earlier postcard view of the Southern Pacific “Railway Club,” as it is designated on the front-porch sign.

That it’s an earlier photo is based on the absence of the fancier SP Employees Club logo/sign and the lack of mature decorative vegetation in the front yard. 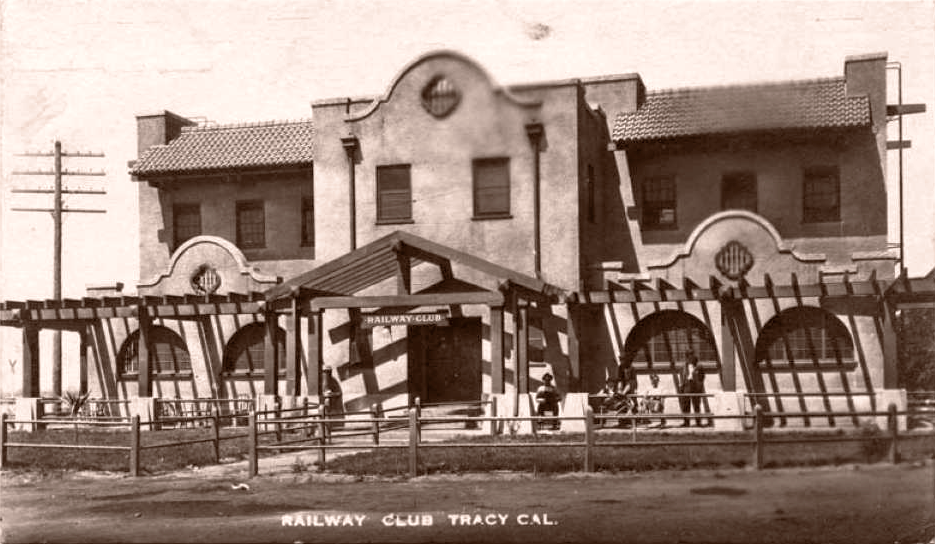 All photos from the Railtown Tracy Collection.