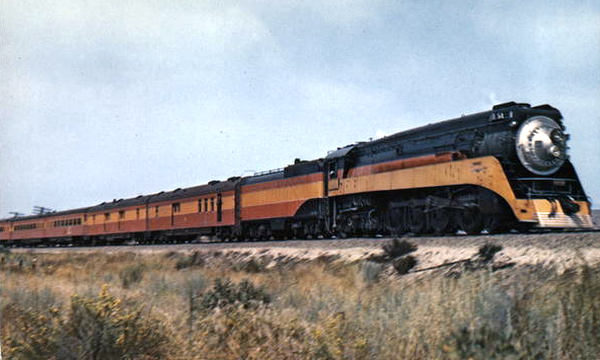 On its way from Oakland at this time, Train 52’s route skirted the Bayshore up to Martinez each morning. It would then depart from the station in Martinez at 8:58 AM, taking about 48 minutes to travel the 48 rail miles to the Tracy depot via the Mococo. 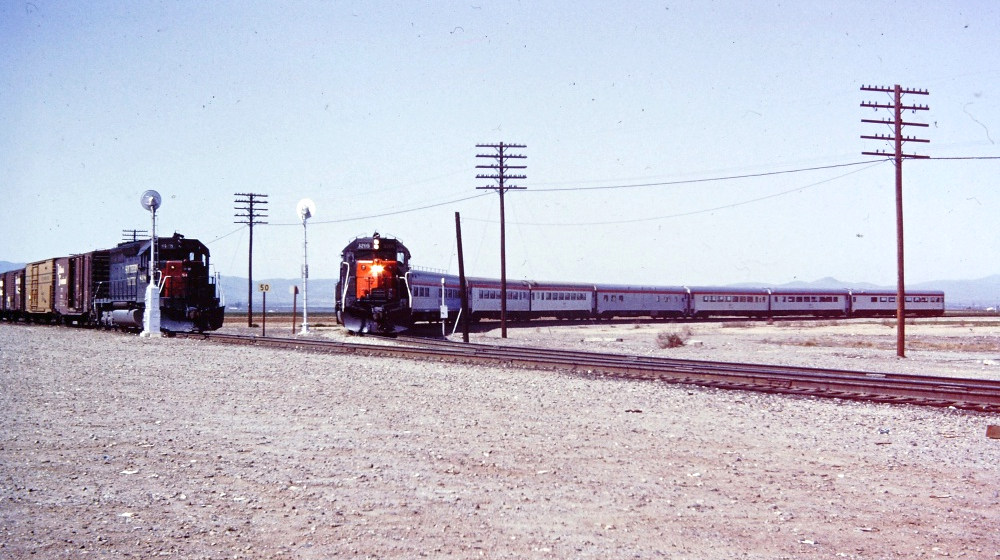 The San Joaquin Daylight curves off the Mococo Line into Tracy near the site of the original SP passenger depot as an eastbound freight (at left) pauses on the Altamont line. (Bob Wershila photo)

From Tracy, the train headed over to Lathrop then went south to Los Angeles, essentially paralleling Highway 99 for most of its journey through the Central Valley.

Per the 1968 schedule, the San Joaquin Daylight’s northbound return trip as Train 51 from L.A. arrived back in downtown Tracy at 3:20 PM each day on its way back to Oakland.

Originally a gleaming steam-powered streamliner, by 1968 the San Joaquin Daylight was pared down to a handful of coach cars led by a single diesel locomotive. The train was discontinued on April 30, 1971.

The short San Joaquin Daylight glides through Tipton, California – south of Tulare, north of Pixley – in this 1968 photo by Ron Goodenow.

ABOVE: Riding from Fresno to San Francisco or Los Angeles in the early 1940s? There’s no better (or more affordable) way to go than a seat aboard the recently-launched streamlined San Joaquin Daylight. (Southern Pacific Archives)

Special thanks to Ron Goodenow (1941-2018) for the use of his photo of the San Joaquin Daylight at Tipton. Click here to view more 1960s-era Southern Pacific photos from Ron.