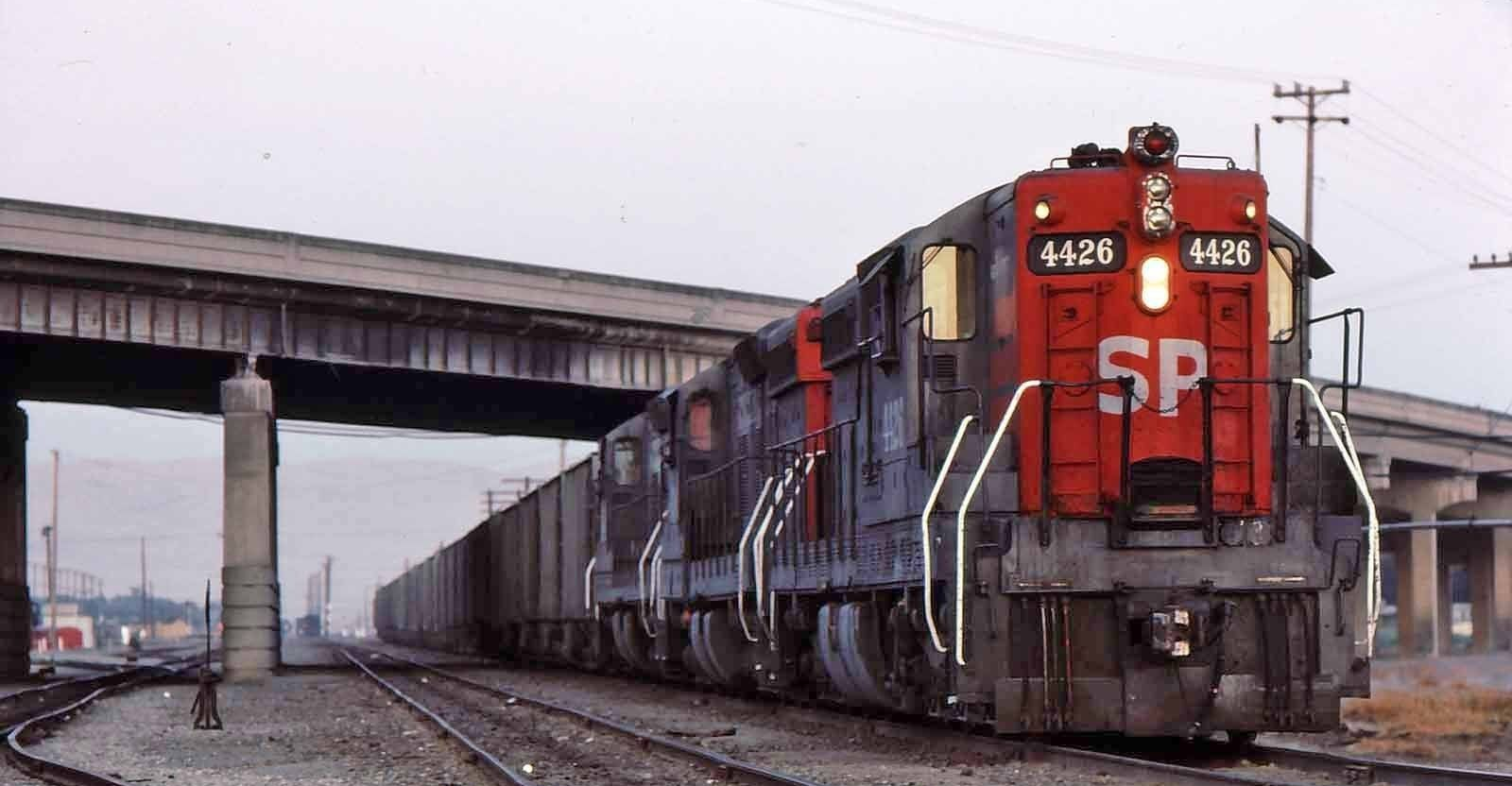 The train is identified as the OAMJM, a symbol your correspondent cannot decipher, even after consulting several old timetables. Any ideas?

UPDATE: Various sources, including Winterail majordomo Vic Neves, have informed us that the OAMJM symbol stood for OAkland to MoJave eMpties. This might be best termed as a “regularly-scheduled special” that returned empty cement cars from the “new” Dumbarton Bridge construction site near Newark to a cement plant on the SP’s Creal branch in the early 1980s. (Some sources tell us that the train’s symbol was actually OAMJN.)

According to Paul Young in the Southern Pacific Railroad group on Facebook, “The train was typically routed via Tracy/Lathrop to Fresno and on south down the Valley to Bakersfield. Destination station of Mojave but the cars ultimately went up to the California Portland Cement plant on the Creal branch, which is compass west of Mojave by about eight miles.”

(See “Comments” below for more discussion on this subject.)

A 1977 rebuild came with one final set of Espee digits as 4426, and she nearly made a full thirty years of service on the Friendly before being tossed aside in July 1995.

Picked up by the Nevada Northern as their 204, the venerable beast continues in service, according to their website, where she “now runs excursions and provides engineer rentals.” 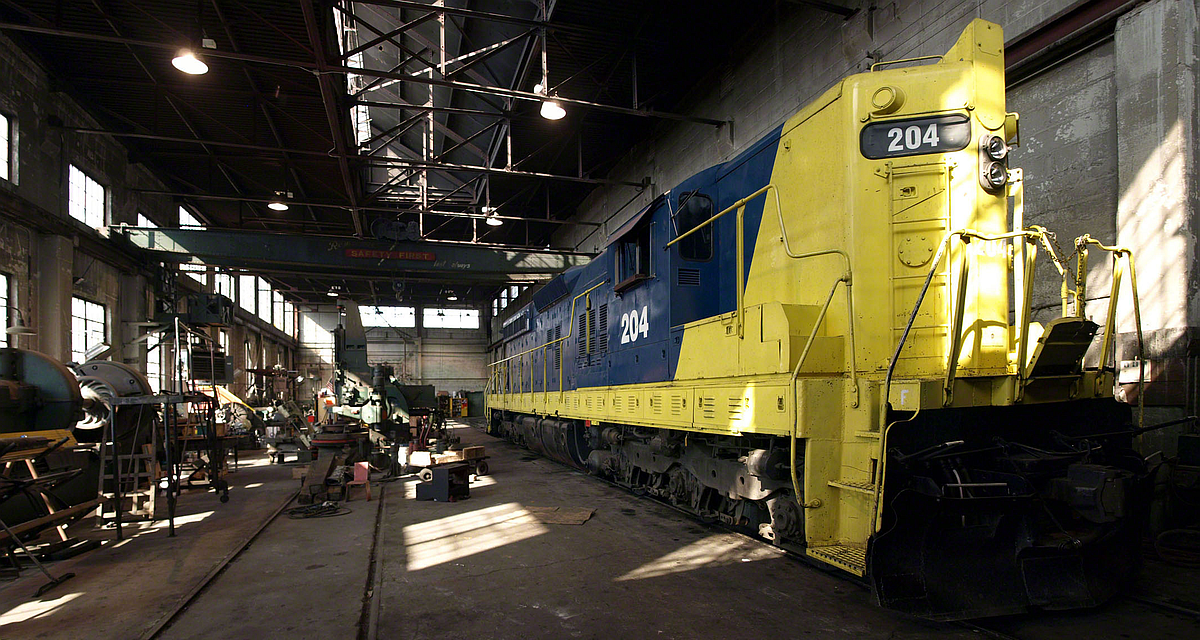 Southern Pacific 4426 in Nevada Northern livery as their 204