From your perch, if it was 1948, you’d see the two big water tanks by the “second” roundhouse on the right. Just left of center, the “first” roundhouse is just beyond the left-most water tower. 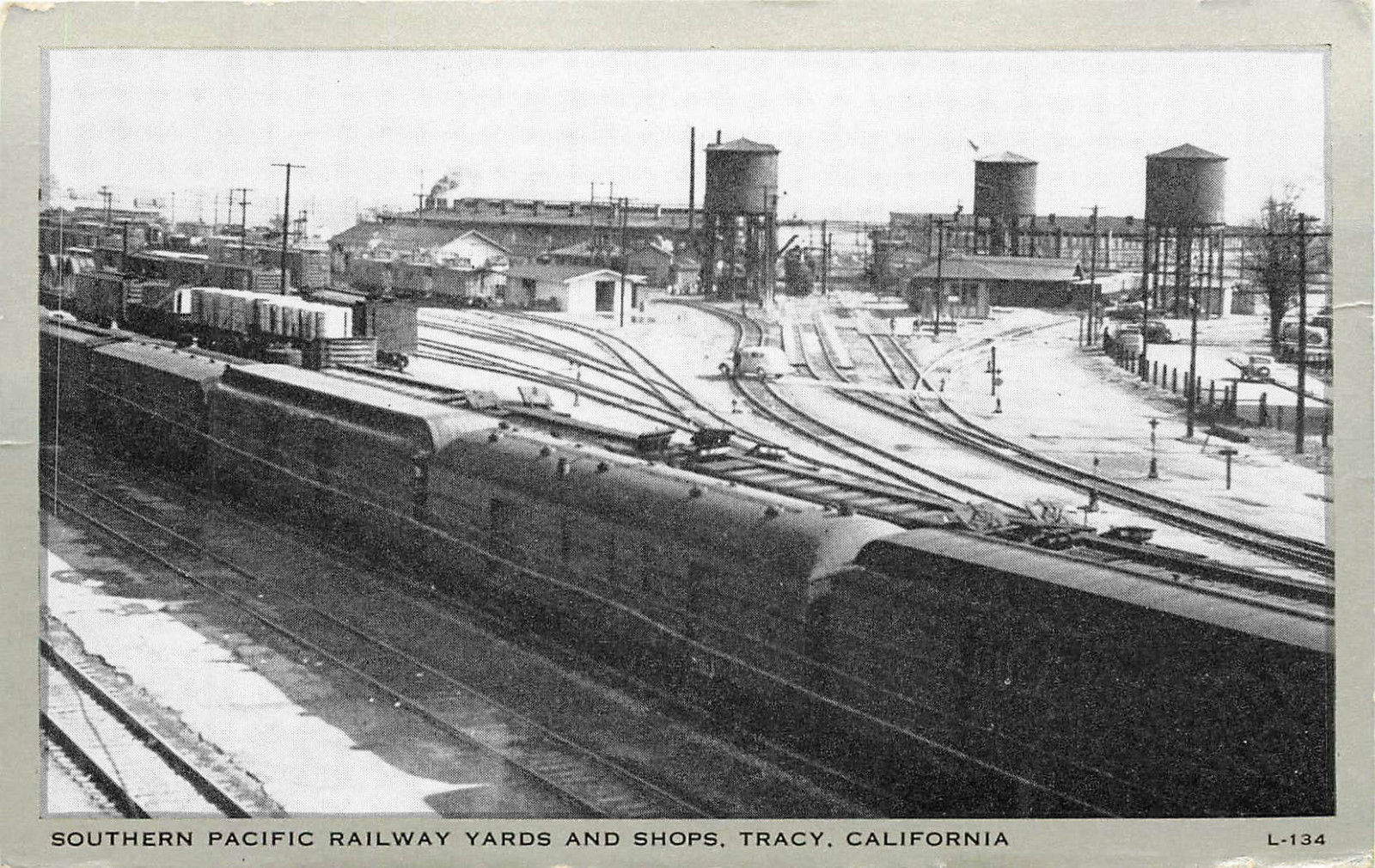 The curve of track at far right is the fabled “Brewery Spur,” which remains in place today and curls along the backside of Tracy, crossing Schulte Road behind Fry Memorial Chapel on its way to butt-ending near Valpico Road.

The card was manufactured by Wayne Paper and Printing of Fort Wayne, Indiana.

Here’s an “opposite” view of the same scene, taken from the turntable, between the two roundhouses, probably from the early 1950s: 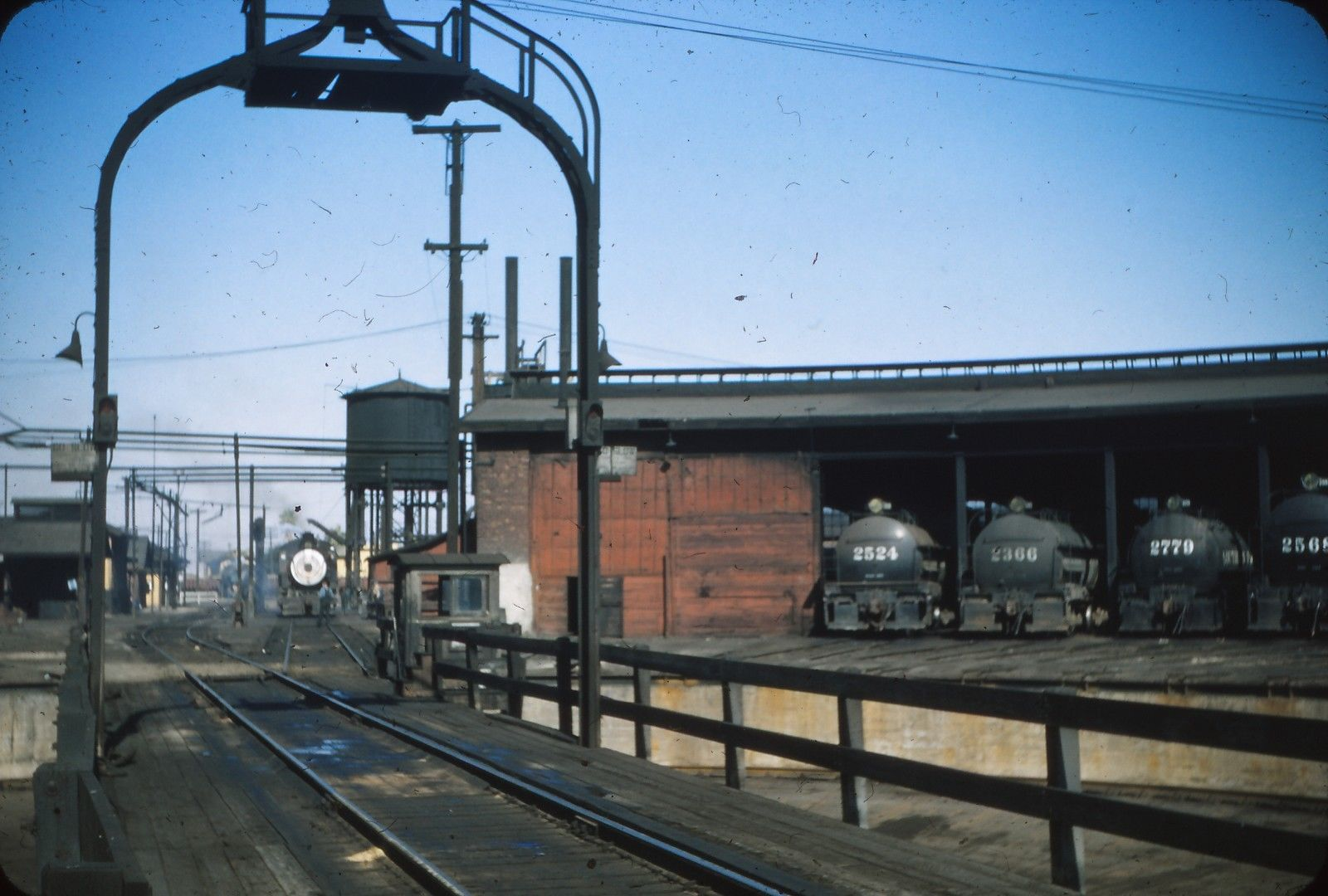 A view of the SP’s Tracy turntable, looking between the old roundhouses.

Photos from the Railtown Tracy Collection, courtesy of David Jackson.