According to the article,

Opened just before [the] beginning of the busy San Joaquin Valley perishable season, the new yard will hold 760 railroad cars on more than 30,000 feet of track northeast of downtown Tracy. It represents a consolidation of several switching locations in the Tracy area, and is expected to speed up handling of both incoming and outgoing traffic. …

Shifting the yard to its new location required closing of one county road [presumably Chrisman Road] and extension of another [Brichetto Road, extended from F Street in Banta?], but San Joaquin County highway officials cooperated in arranging relocation of little-used road facilities. 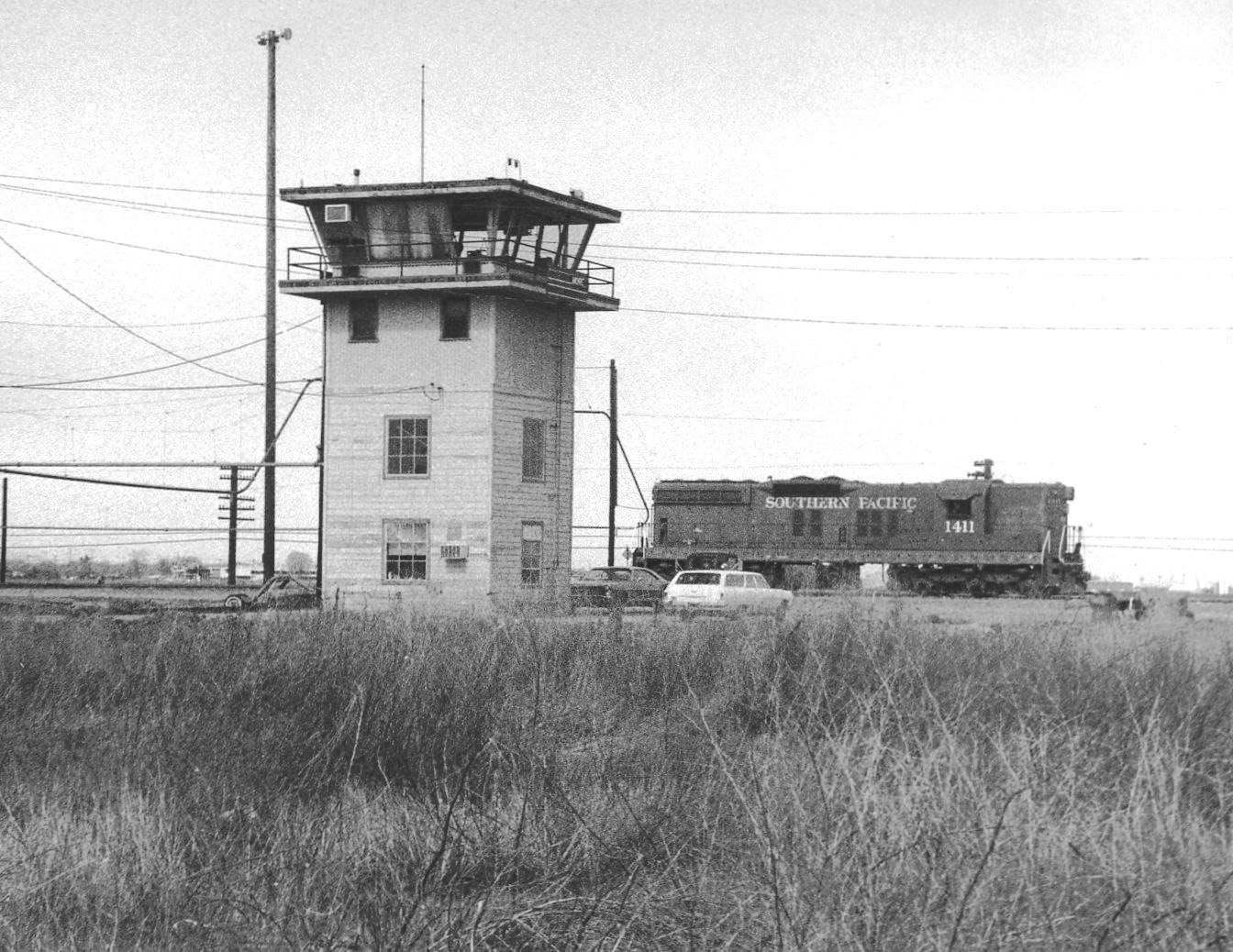 The second SP yard tower in Tracy as it looked in 1975.
(Tony Johnson photograph)

The new 1961 yard tower, once clearly visible just beyond the Eleventh Street overpass, lasted into the 1980s before meeting the same fate as its predecessor, which had been located downtown at Sixth and Central streets before being torn down.

Here’s the original article, part one: 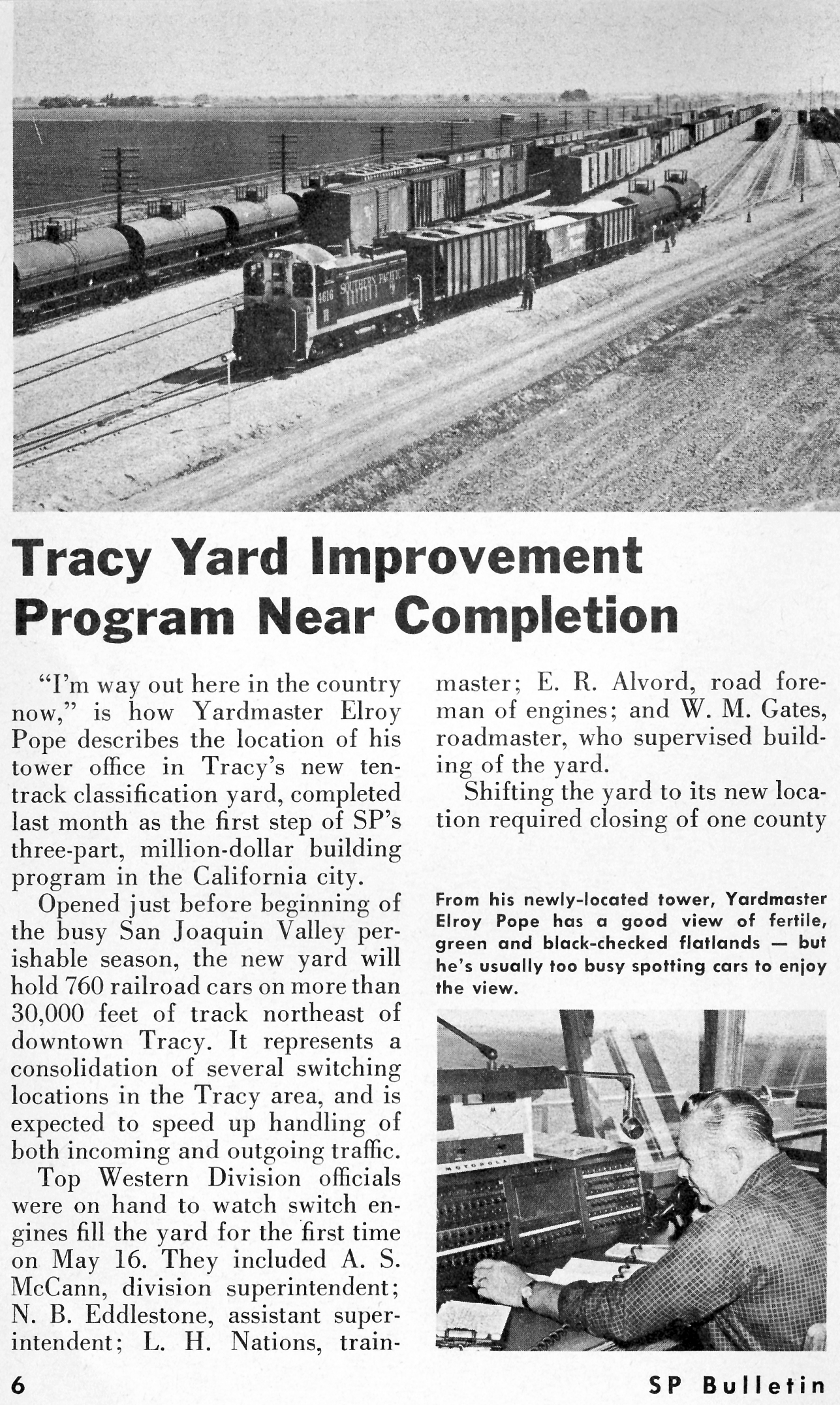 …And here is part two: 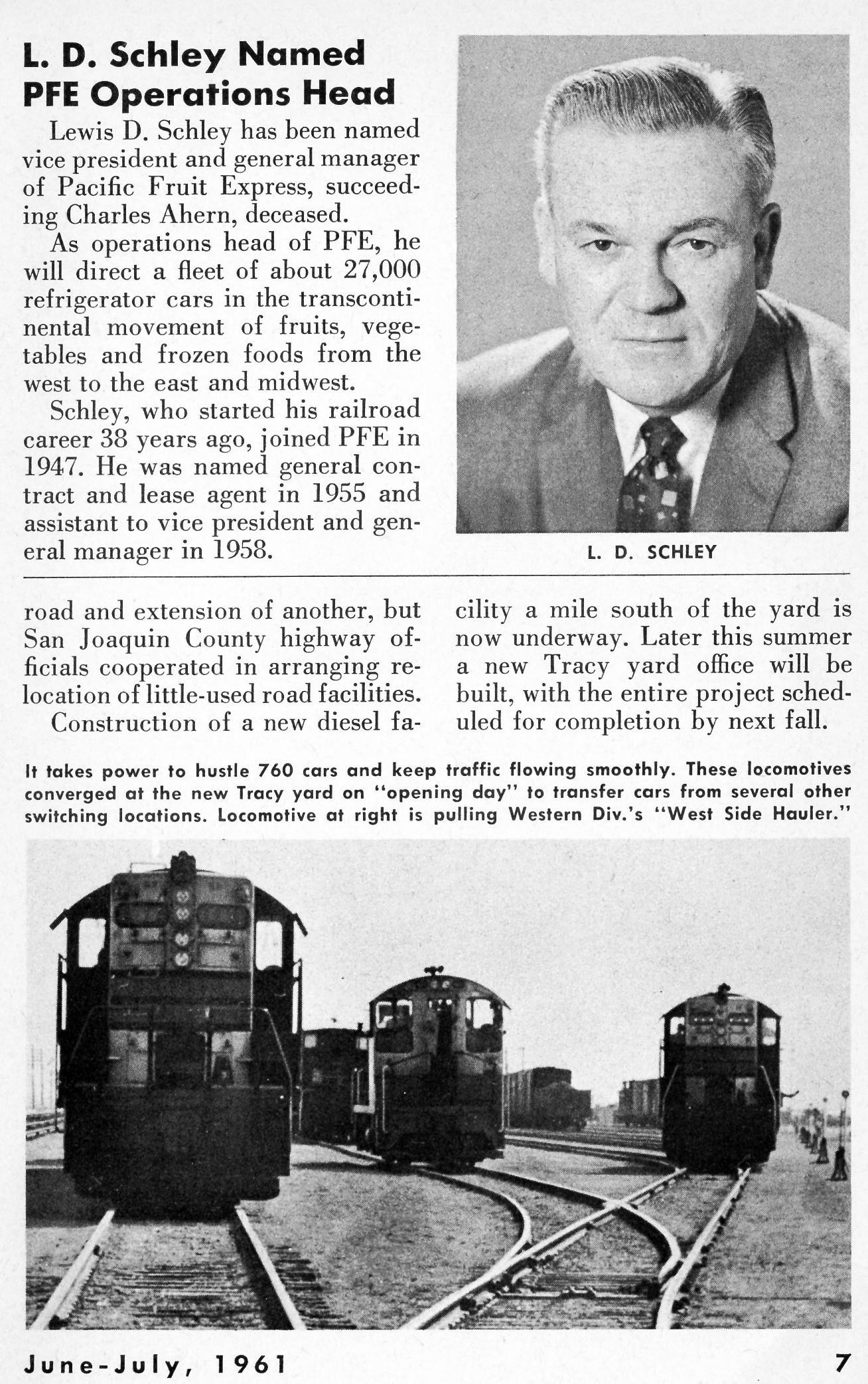 Special thanks to Tony Johnson for his generous permission in allowing us to include his photo of the “new” Tracy yard tower in this article.