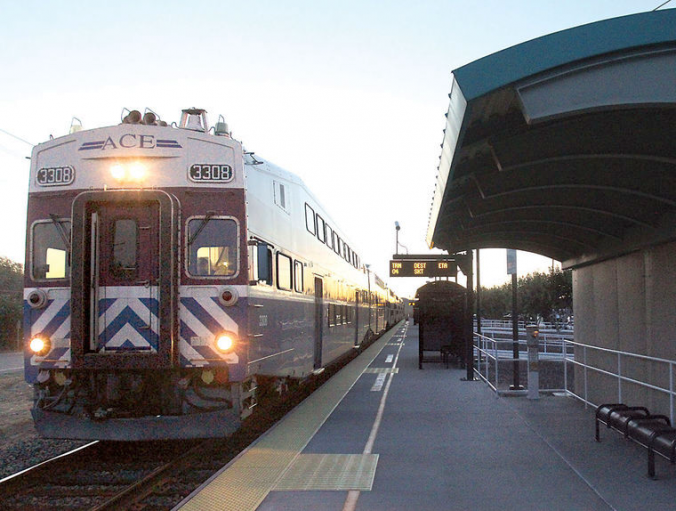 Denise Ellen Rizzo reported in last week’s edition of the Tracy Press that an effort is being made to convince officials to build an Altamont Corridor Express (ACE) train station to better serve residents in the Mountain House area.

A petition has been started on Change.org by Robi Thomas, a Mountain House resident, to bring the proposal to ACE officials.

The plan would call for ACE to “add a station near Patterson Pass Road, where Mountain House Parkway meets the train tracks,” according to the petition.

(This may be problematic, as those tracks are part of the old, unusable Southern Pacific mainline over the Altamont; the line is torn up about a mile up the tracks at the Alameda County line, and ACE trains don’t run on those rails.)

The pin on the Google Map above denotes the proposed location for a Mountain House ACE station. The problem? No trains, let alone ACE trains, can currently run on those tracks.

Thomas told the Tracy Press, “I got the impression [that ACE] officials are convinced there are not enough riders from Mountain House. The next step is to show actual riders. The numbers are there.”

View the petition on Change.org.

Read the full article on the Tracy Press website.