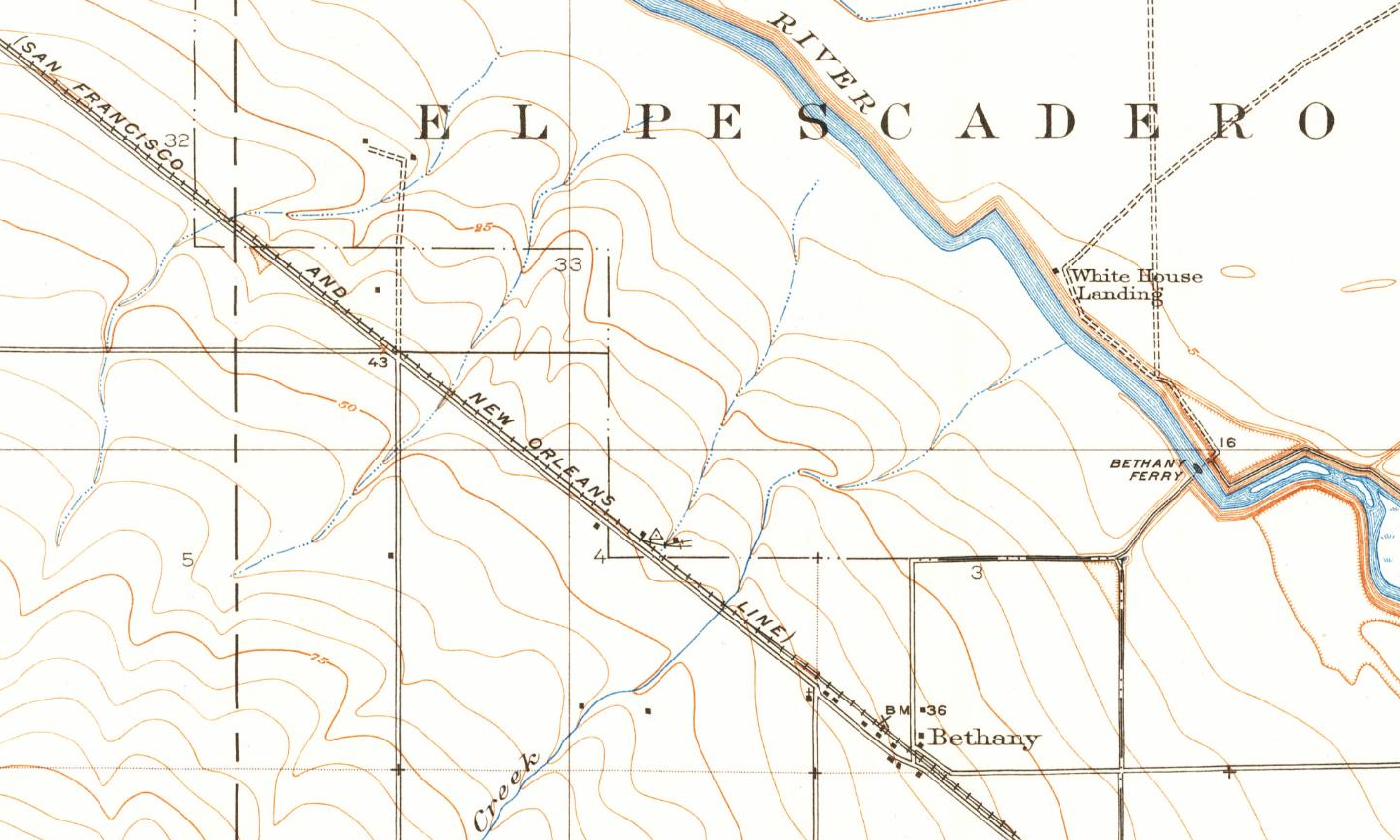 Bethany on a 1914 USGS map, with Old River meandering at right.

Designated in the SP’s standard plans as a “Two-Story Combination Depot No. 1,” the structure at Bethany was one of fifteen in this style built by the railroad.

Of those fifteen, four were constructed along the Mococo in addition to Bethany: at Antioch, Avon, Brentwood and Martinez. (The Antioch and Avon depots were replaced around the turn of the 20th century with other structures; the Martinez depot was reconfigured into a single-story building in 1942.)

The term “combination” in the plan referred to the dual purposes of the building: it served as both a depot and residence (on the second story, where the station agent and his family lived). 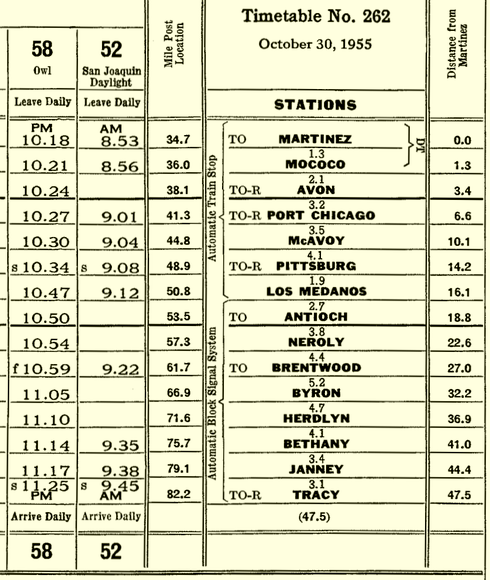 Bethany, between Herdlyn and Janney on the Martinez Sub, shown on the SP’s Timetable No. 262 in 1955.

In the rustic Bob Morris photo of the Bethany station at the top of the page, a child – perhaps the offspring of the resident station agent – plays in the depot’s dusty parking lot. Beyond the covered freight dock, which is open on the far (track) side, a lone boxcar waits.

The Bethany depot was closed in 1959, perhaps a year or so after Mr. Morris captured it on film for posterity, and it was subsequently torn down.

ABOVE: Detail from a 1951 Shell Oil road map of Tracy and environs, showing the location of Bethany, along the old Byron Highway at the junction with Bethany Road (both unmarked on this map).

ABOVE: A Google Earth aerial view of the Bethany area as it appeared in 2018. The yellow rectangle designates the approximate location of the Southern Pacific depot. 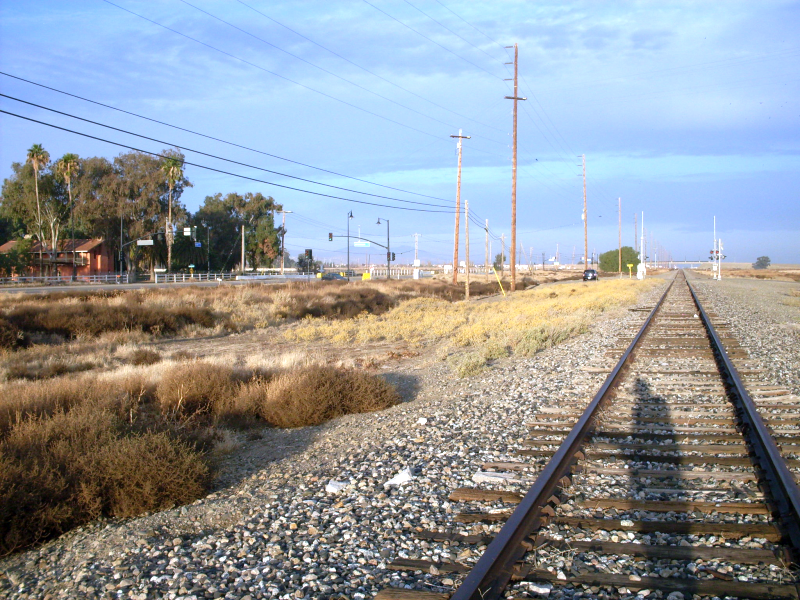 ABOVE: Looking north on the Union Pacific tracks toward Henderson Road (ahead at the grade crossing), with Byron Highway on the left, running parallel to the tracks. The Southern Pacific’s Bethany depot would have stood in the brush to the left, between the tracks and the highway. A siding ran between the mainline and the freight depot. 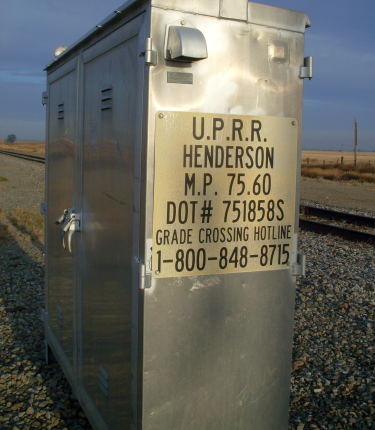 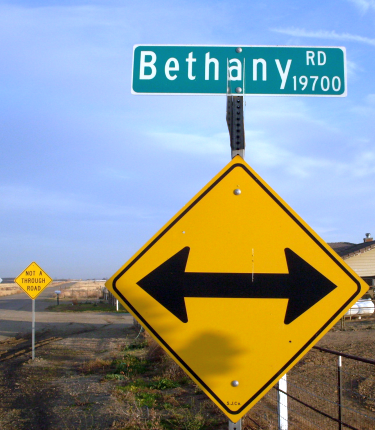 Bethany Road street sign at the intersection with Henderson Road, adjacent to the tracks at Bethany. Turning off Byron Highway, Henderson Road crosses the train tracks then branches left, while Bethany Road branches right. Eastbound, as noted by the sign in the left distance, Henderson is “not a through road.”

Special thanks to Robert Morris for his generous permission to reprint his circa 1958 photograph of the Bethany depot.